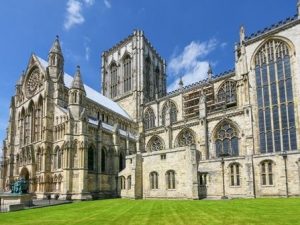 Stained glass windows have been around for many centuries. These ornate windows, which have most commonly been used in places of worship, are known to have been used as early as the 7th century in Europe. One well-known example of ancient stained glass windows is at York Minster in York, England. A project is currently underway to preserve this cathedral’s centuries-old windows.

York Minster is one of the largest cathedrals in Europe. Construction of the cathedral started in the 13th century and was not completed until more than 200 years later in the 15th century. York Minster is renowned for its leaded, stained glass windows. The Great East Window, which was built in the 15th century, is the largest medieval stained glass window anywhere in the world at 76 feet tall.

A fundraising effort is currently underway to cover the costs of applying protective glazing to the stained glass windows. The plan with this project is to preserve the windows, stop any further weather-related damage, and to provide time for conservation work to be undertaken.

Cumberland Stained Glass, Inc. has been providing stained glass design, repair, and restoration services throughout the Mid-Atlantic region for 25 years. Stained glass is our business so we understand the unique demands of working with this amazing medium. Contact us today at 717-691-8290 to learn more about our stained glass services.