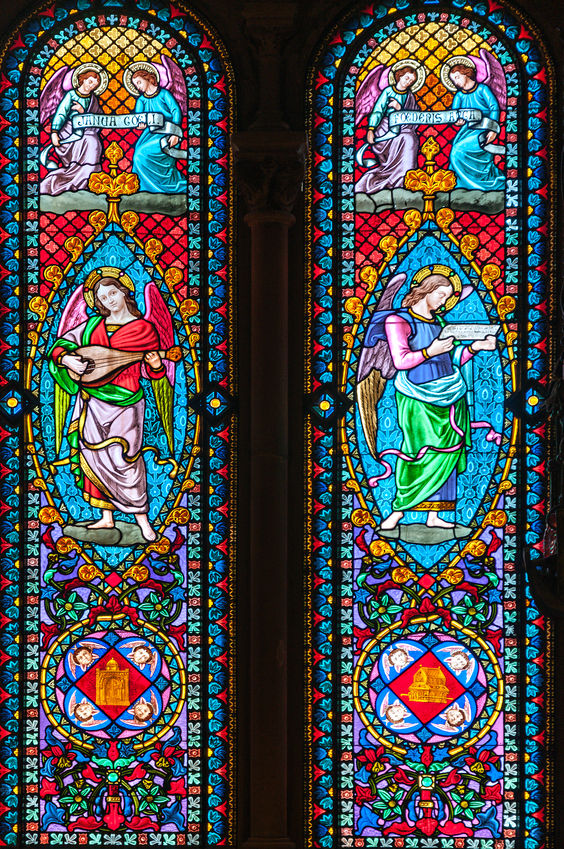 It’s no secret that stained glass has played an influential and widespread role in the history of art and architecture. The luminous elegance they bring to a space has been coveted in churches, homes, and other buildings in all different time periods.

Stained glass windows may be well-known for their prominence in Gothic architecture, but they were just as pervasive in the era that followed—the Renaissance. Renaissance stained glass is similar to its gothic predecessor, but it also has unique characteristics and elements that give it a distinctive beauty of its own!

Scenes depicted in stained glass windows during the Renaissance were still primarily biblical in meaning.

Like a large majority of early stained glass windows, stained glass works during this period featured classic scenes and images infused with religious meaning. Figures in Renaissance imagery, however, were depicted with period clothing and to reflect the importance of the humanist movement. Characters in the panels were painted to show more emotion and represent abstract ideas, such as suffering and rejoice.

The art movement during the Renaissance was characterized by an emphasis on realism.

Figures in Renaissance imagery were more accurately proportioned and reflected a greater knowledge of human anatomy than in earlier periods. These features were motivated by the desire of many Renaissance artists to instill their work with an overwhelming sense of realism. To help achieve this realistic attention to detail, they employed more shading and vivid colors.

The use of linear perspective is characteristic of Renaissance-style stained glass.

Because Renaissance artists wanted their figures to express more emotion with their features and appear more realistically proportioned, they adopted the use of linear perspective in their work. As a result, scenes on stained glass panels from this period exhibit a greater depth and more dimension than most gothic windows. You are also more likely to see activity happening in the background of scenes or a distant landscape, as this is how perspective was often practiced. 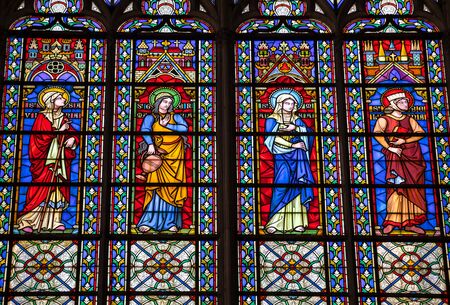 In order to create the depth and brilliant colors they needed to implement realism and linear perspective in their work, Renaissance stained glass artists began producing colored enamels. Enamels are a type of paint made using compounds of ground glass, oxides for color, and oil for consistency.

Along with colored enamels, stained glass was made primarily using silver staining.

Silver staining is the process of coloring glass by applying silver sulfide or silver chloride. Once dry, the glass is then fired at a low temperature. This method of staining results in a dramatic effect in the coloring of the glass by creating striking local contrasts. It also helps to develop the characteristic depth and dimension of Renaissance stained glass imagery.

The special history and meaning carried by stained glass windows produced during the Renaissance has made them a valuable commodity in contemporary times, and a special addition to any modern space.

If you have stained glass windows from the Renaissance or any other historical era in your building in need of restoration, call the professionals at Cumberland Stained Glass.

Our team of experts is specially trained to restore stained glass to its original beauty without sacrificing authenticity or quality. Give us a call today at 717-691-8290 to learn more about how we can help refurbish and maintain your historic stained glass windows!